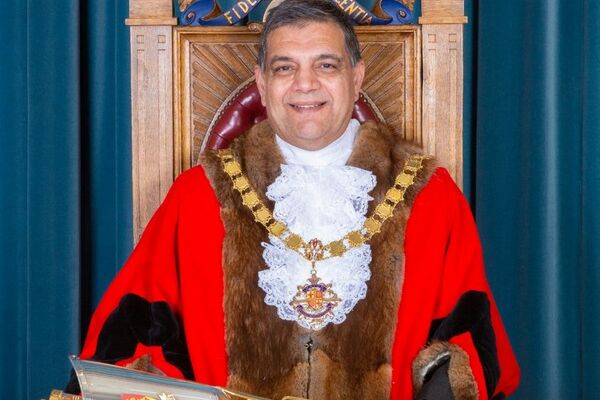 LinkAble chosen as Mayoral charity for 2022-23 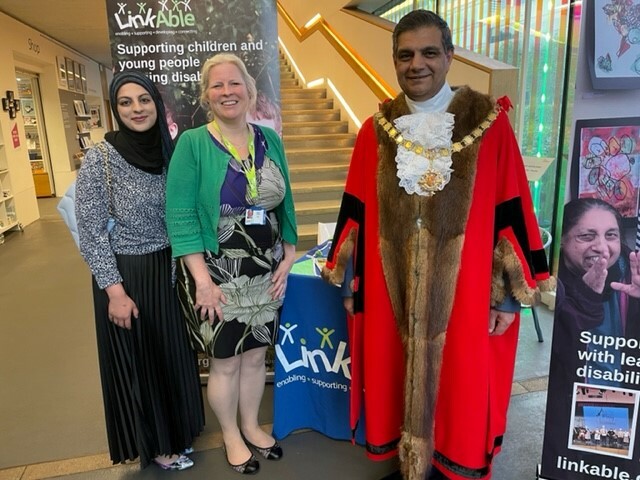 Cllr Saj Hussain has been elected Mayor of Woking at the official Mayor-Making ceremony held last night (Thursday 19 May 2022) in the Council Chamber. During his 2022-2023 Mayoral Year, Cllr Hussain has chosen to support and raise funds for LinkAble.

Speaking about his reason for choosing the charity, Cllr Hussain said: “Having had a child with additional needs, I know how much extra support is required. LinkAble gives people with learning difficulties the opportunity to build confidence and develop their social skills in a safe environment so that they can enjoy life.

Cllr Hussain has appointed his daughter, Mrs Faaira Sahi, a teacher at Hermitage School, as his Mayoress who will continue to support him as she has done for the past three years as Deputy Mayoress.

LinkAble CEO Alison Keeley, pictured here with Cllr Hussain and the Mayoress at the Mayor-Making ceremony said afterwards, "We have known for several weeks that we had been chosen as the Mayoral charity for 2022/23 but have had to keep it a secret from everyone until tonight. We are extremely proud to have been chosen and are looking forward to what should be a fantastic year".